When the Governor first signed my death warrant on November 30, 2015 scheduling my execution for February 11, 2016, I had 73 days until they planned to kill me. As I write this , I’m now down to 18 days. To keep us occupied ~ if we were to go nuts awaiting our execution then they couldn’t kill us as the Supreme Court has said that violates the Eighth Amendment prohibition to execute a prisoner that has become “mentally incompetent” ~ they have installed a 40 inch flat screen television on the wall in front of cell one, which I watch regularly.

Funny thing though, as the days passed I have noticed that there are previews for more shows that I would really like to watch, but they won’t come on until after my scheduled execution and I find myself saying that it sucks as now I’m going to miss that show. For example, many years ago I faithfully watched every episode of the science fiction series “X-Files,” but then the series ended with a lot of unanswered questions.

Recently the Fox Network brought it back for a six show mini series to answer some of those questions we all waited so long to be resolved. And I was anxiously awaiting its return. However, it doesn’t begin until Sunday January 24th and then run for the next five consecutive weeks. But I only have less than 3 weeks to live so it created a dilemma ~ do I watch what I can and hope that my execution is put on hold until I’ve watched all 6 episodes, or do I just blow it off for now as I wouldn’t want to go to my grave left hanging to see how it all ends.

More and more I’m confronting these dilemmas ~ finding myself making choices based on when my execution is scheduled. The other day I noticed that my toothpaste was getting low and normally, I would just buy another tube without a second thought. But instead I found myself contemplating whether what I had left might be stretched to last until February 11th as I didn’t want to waste the money buying a new tube, then be put to death and leave it wasted.

These are just a few of the examples of how even the smallest things that most wouldn’t give a second thought to will creep into mind and then I will find myself putting way too much thought into how that particular thing or event impacts my scheduled date with death.

Maybe that’s part of this deliberate process ~ to compel those awaiting their appointed date with death to be reminded that they intend to kill you every moment of every day until they do. Perhaps that “process” itself helps facilitate passivity in the condemned by instilling a sense of becoming part of that countdown, so that when the time does come, we will feel almost obligated to cooperate.
A few days ago the death watch supervisor came down and laid a brand new suit on the desk out in front of my cell. He has been assigned to this post for years and personally dealt with at least the last 30 executions ~ probably many more. In this environment, that wall of separation between prisoner and guard somewhat relaxes and there’s significantly more personal interaction if for no other reason but there’s no one else to talk to.

This supervisor (whom I’m deliberately not naming) exhibits a level of professionalism you very rarely see in the prison system. He deals with us in a fair and respectful manner, and takes good care of us. When our family and friends come for a visit, he will do what he can to make it easier on them. Often even introducing himself to our visitor and giving them his phone number in case they need to call if problems arise. When my mentally challenged daughter came to visit, he escorted her to the parking lot to make sure she got there alright. He is a model of professionalism balanced with that measure empathy towards those he interacts with that you just don’t expect from prison employees.
But when he brought that suit down, it made me realize just how much this job has taken from him. Most of us give no thought to how all this affects those who work here and interact with the condemned. They will spend months down here on death watch with us, knowing just as well as we do that with each day that passes we take one step closer to that date of our appointed death. How could all this not affect them too.

Yet he laid the bag containing the suit down on that desk and as if it was nothing more than getting a cup of water. He pulled the brand new suit from the bag and casually told me I needed to try it on to make sure it fits. I watched as he first took the white shirt from its plastic bag (George for men, size XL, short sleeves ~ long sleeves would obstruct their ability to insert the needles into my arms ~ with a neck of 18 inches). He unfolded the shirt, removing the store tags, then shook it out and passed it through the cell bars so that I could try it on.

As I obediently put this shirt on, he focused his attention on removing the suit from its protective bag. I noticed it was bought at the local JCPenney store. The tag said it was Stafford brand, made in Mexico, with a suggested retail price of $200. I commented about that ~ the prison would only allow a “last meal” limited to $40 , but they didn’t mind spending that much for a custom fitted suit to execute me in.

He passed the pants first and then the jacket through the bars and I put each on. They fit well. I even commented about how good I looked in the dark blue, almost black suit with the subtle charcoal pinstripes. And then I removed it and handed it back and it was returned to its protective bag and places in the closet where it would wait until it was time for me to put it on again ~ only the next time I put it on, they would kill me in it.

This whole process of trying on the suit they bought just to execute me in seemed so mundane; so normal. As if we went through this everyday. And I found myself wondering, how many times has he gone through this routine before and at what point did he reach that point in which having the condemned prisoner try on his execution suit become so routine?

On the legal front, the lawyers continue preparing and filing appeals based on the recent U.S. Supreme Court decision in Hurst v Florida. When that case first came out on February 12th I was somewhat skeptical, as I knew that it’s hard to convince the courts to retroactively apply new case law to older cases. (See, my essay “ Death by Default” posted January 28th at www.minutesbeforesix.com). However, after reading what the lawyers have filed I must admit that they make a very convincing argument as to why Hurst v Florida dictates that my death sentences be vacated and my execution stopped. Many other organizations are also submitting “Amicus” briefs in support, which is almost unheard of. Bottom line, there’s a good chance we can win this, but it will be close. The Florida Supreme Court will hold “oral arguments” on my case on Tuesday, February 2, 2016 which can be watched online at www.wfsu.org/gavel2gavel/
My Federal appeal arguing actual innocence also continues to be pursued in the Federal Courts. Anyone who wants to read the appeals that have been and will be filed can do so at www.southerninjustice.net. Hopefully, either the state or federal court will grant a stay of execution soon.

So glad your execution has been stayed, hopefully forever! 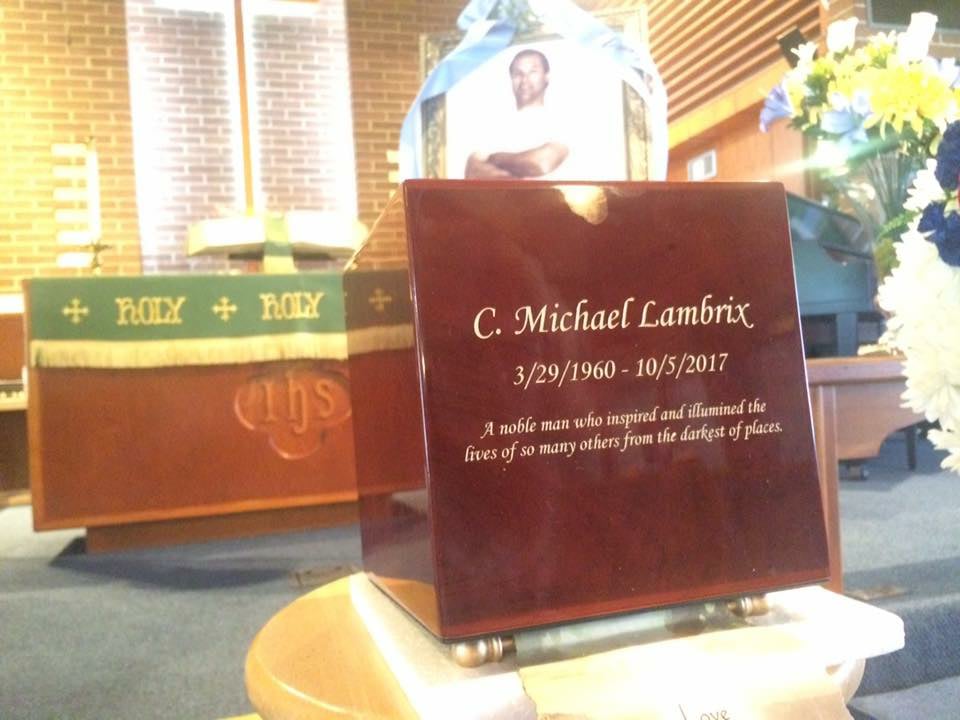 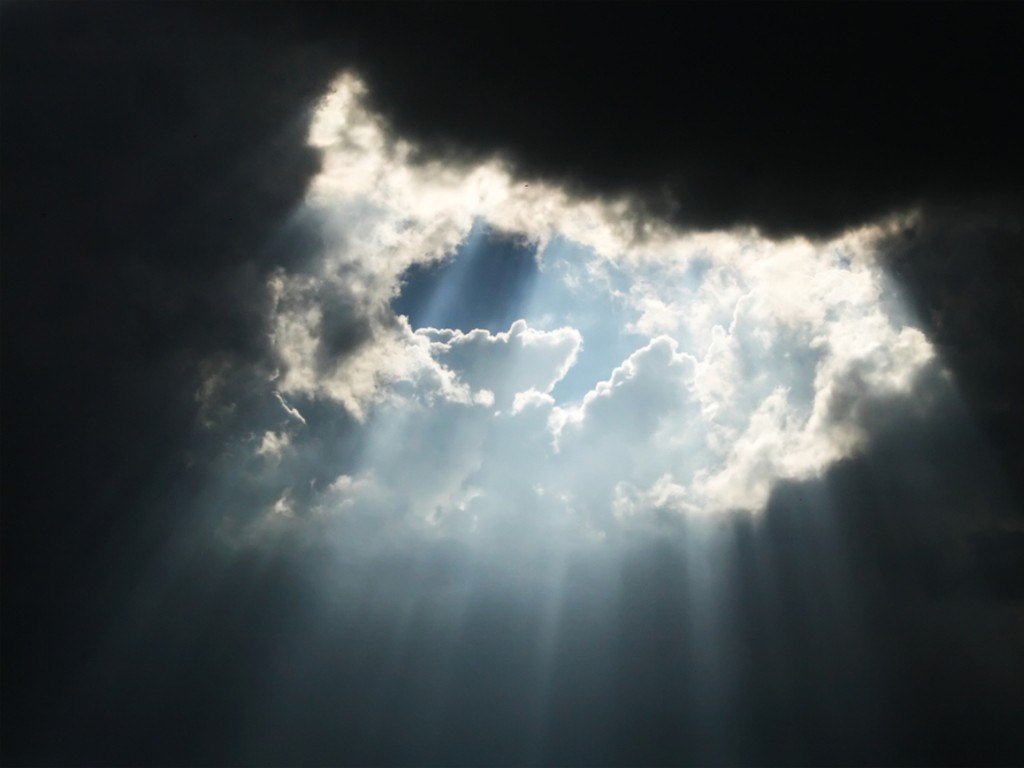 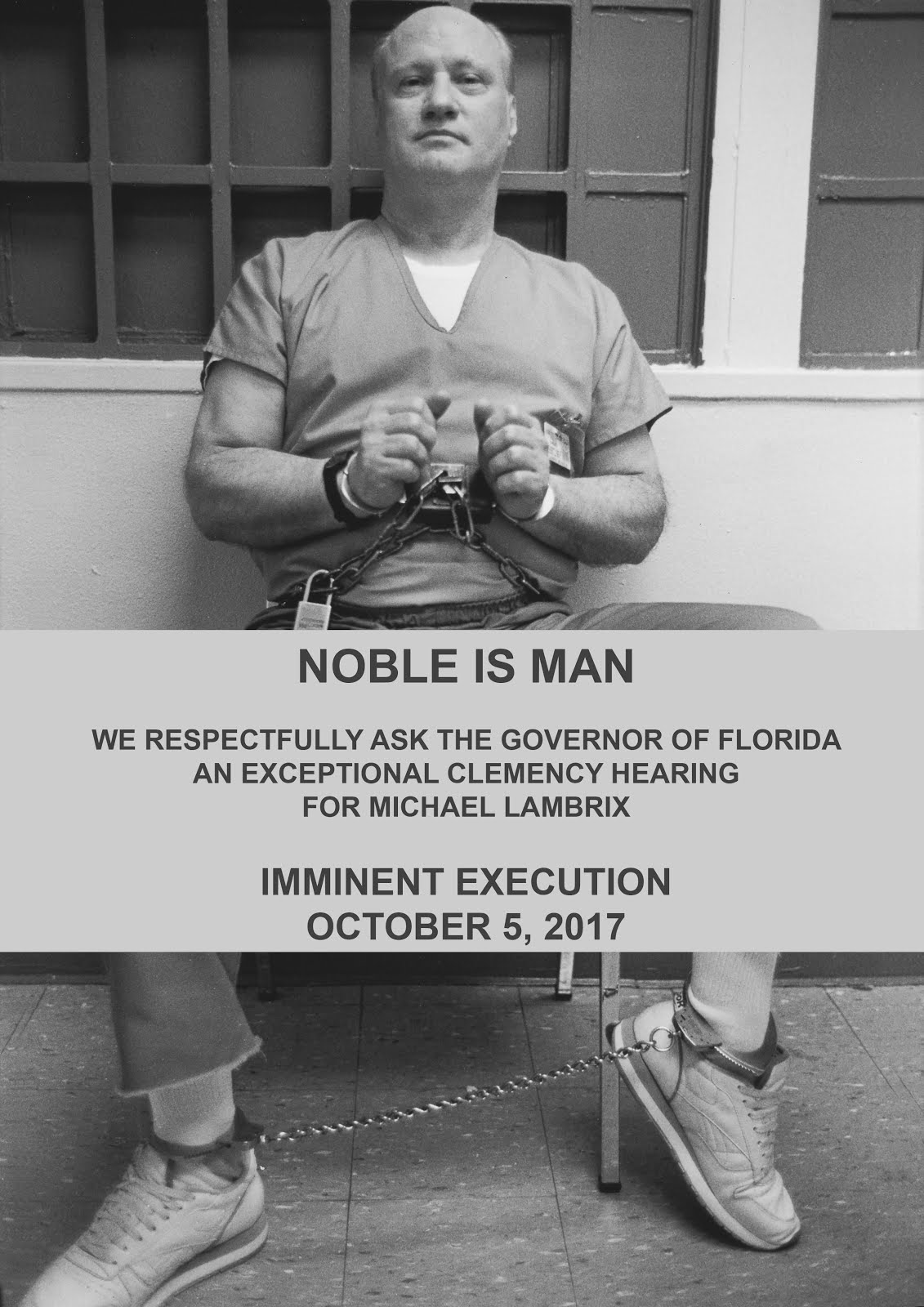 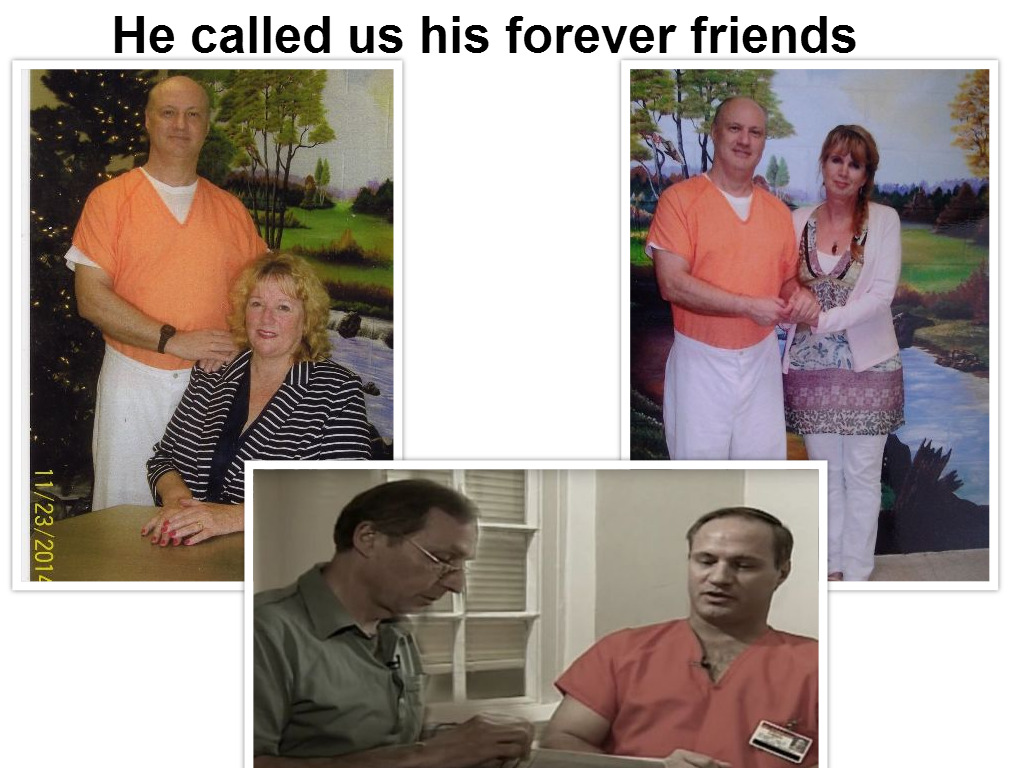 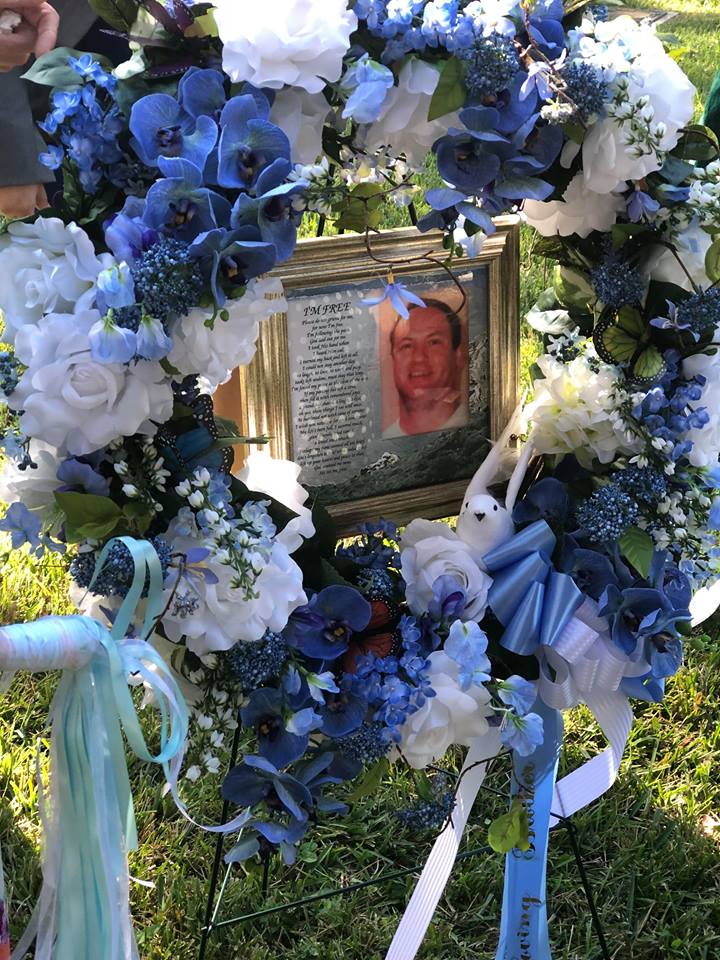 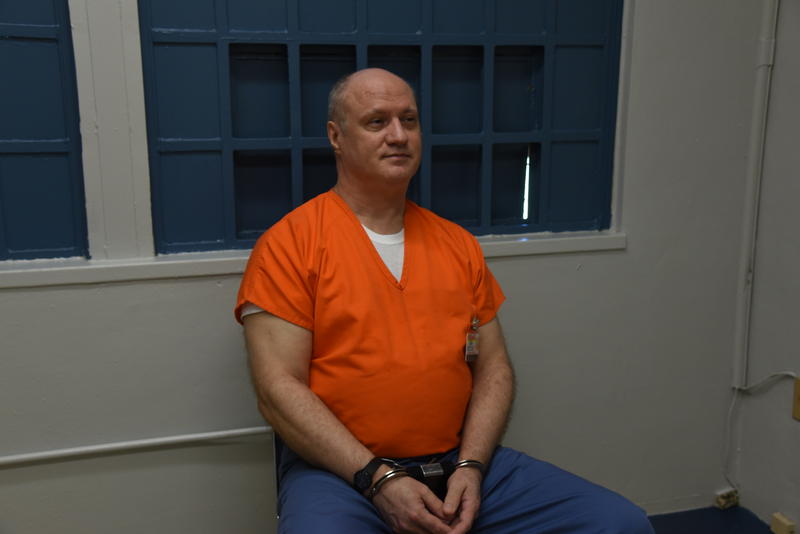 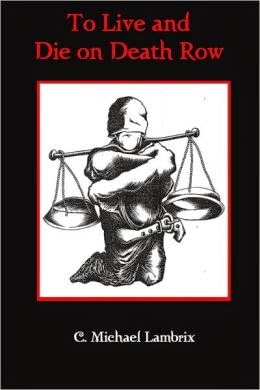 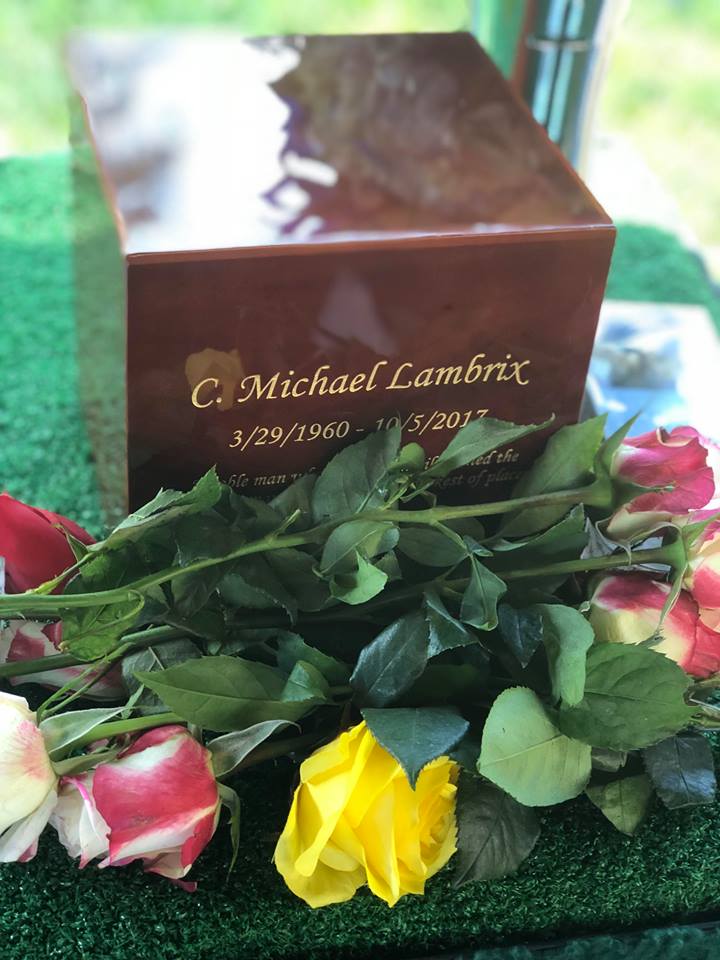 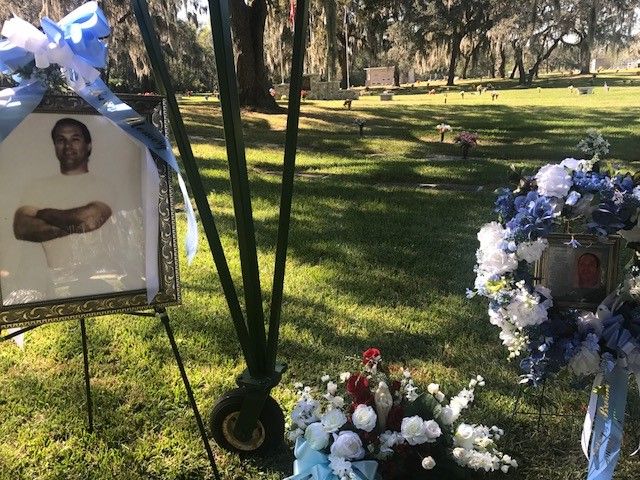